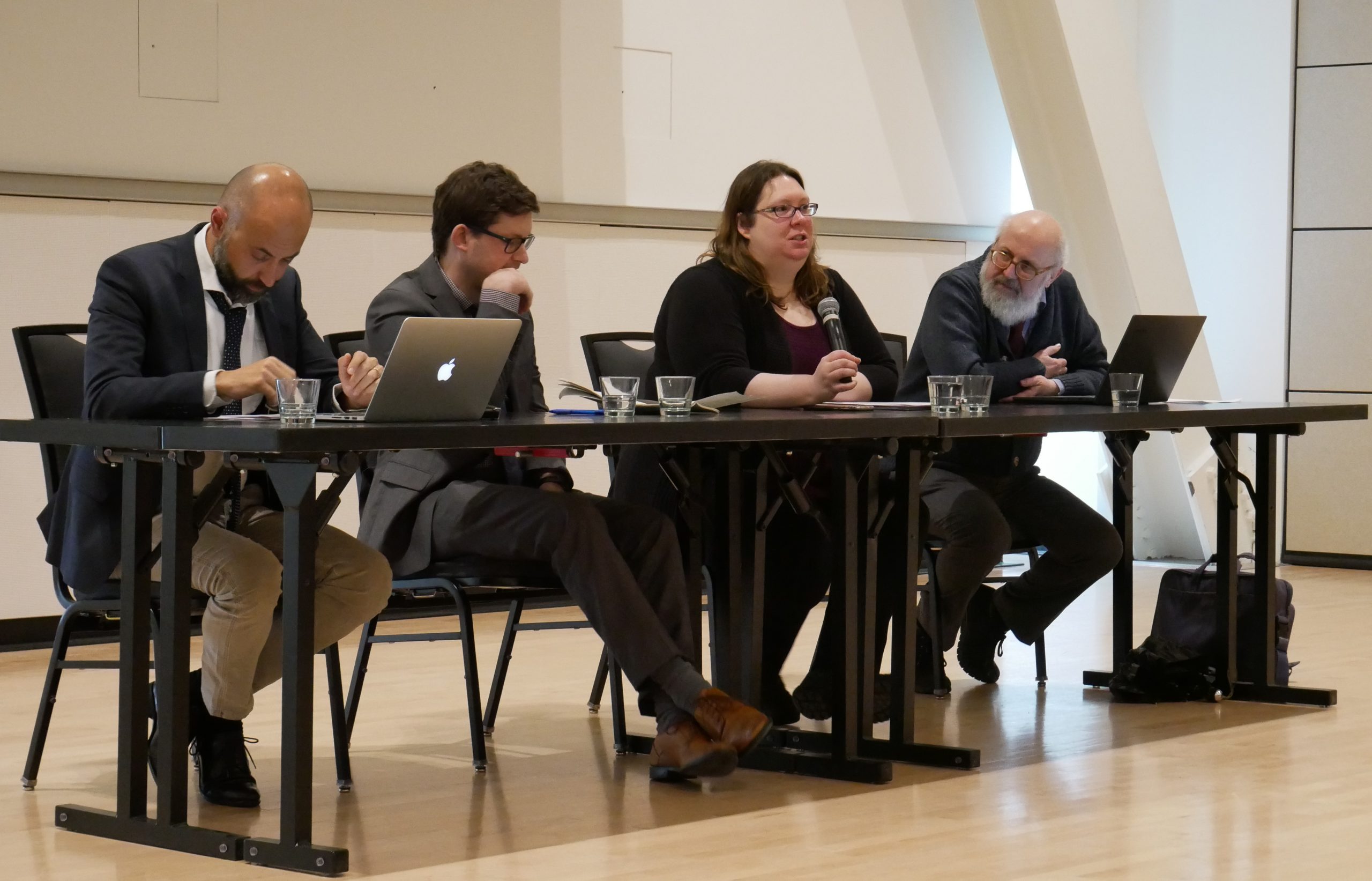 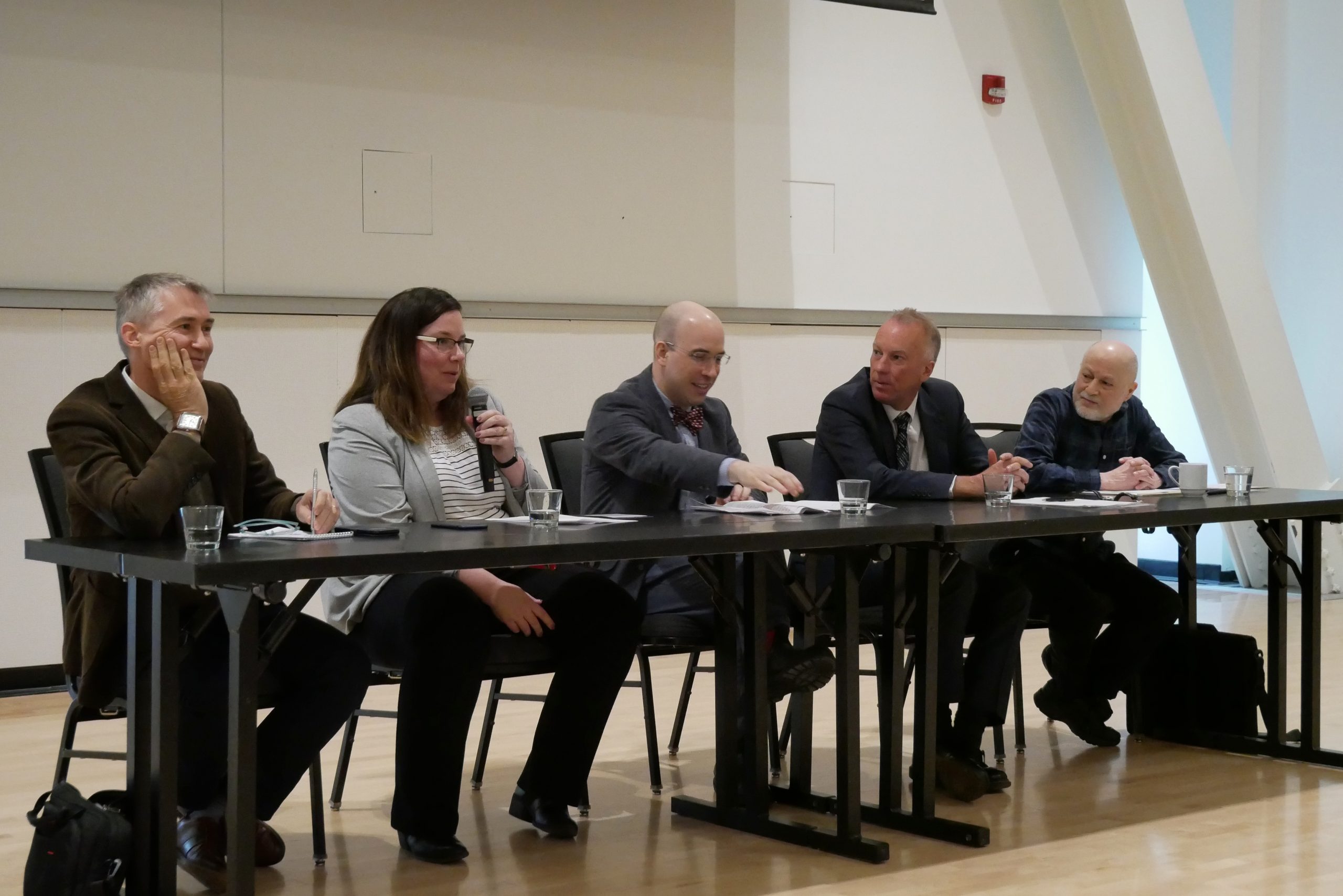 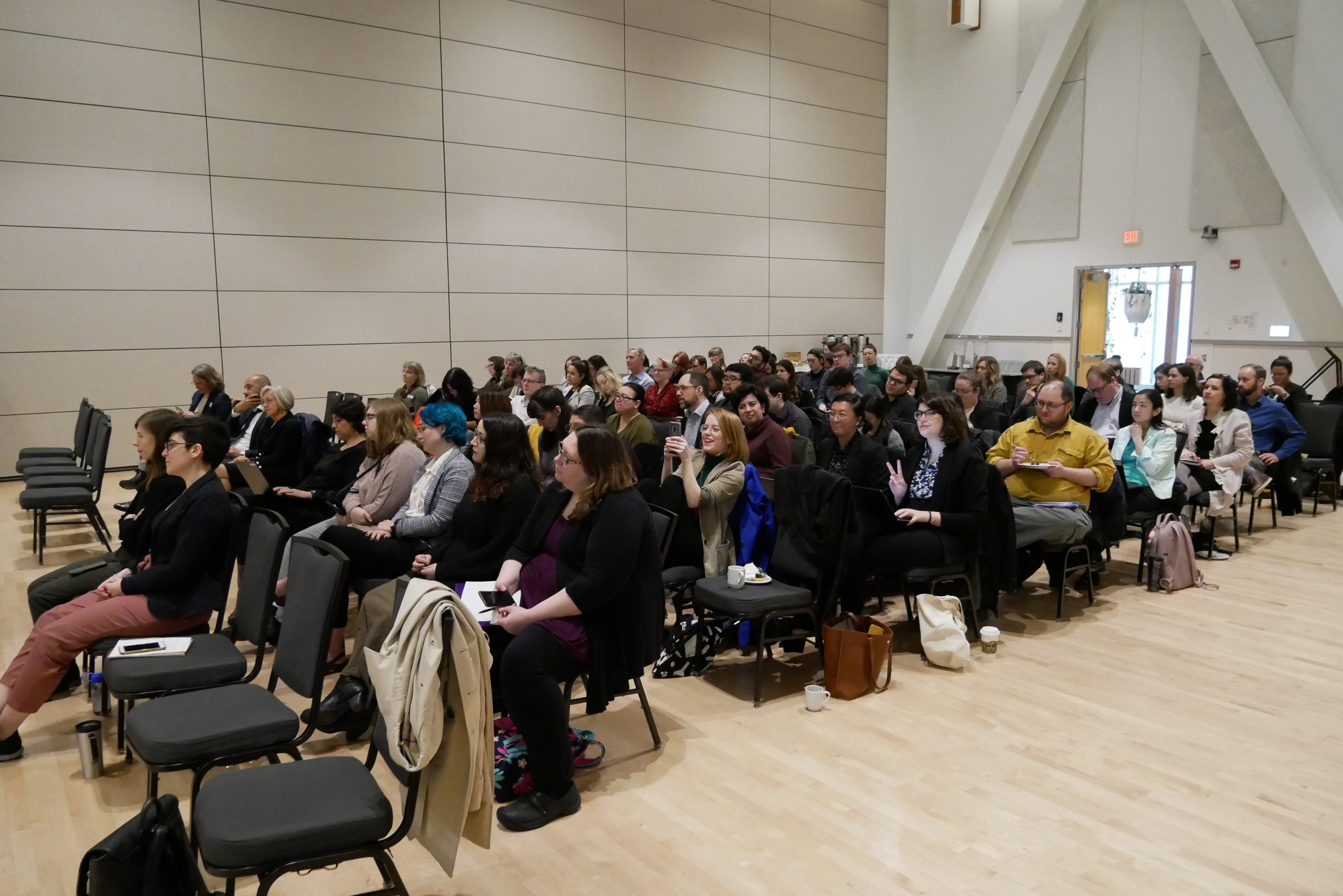 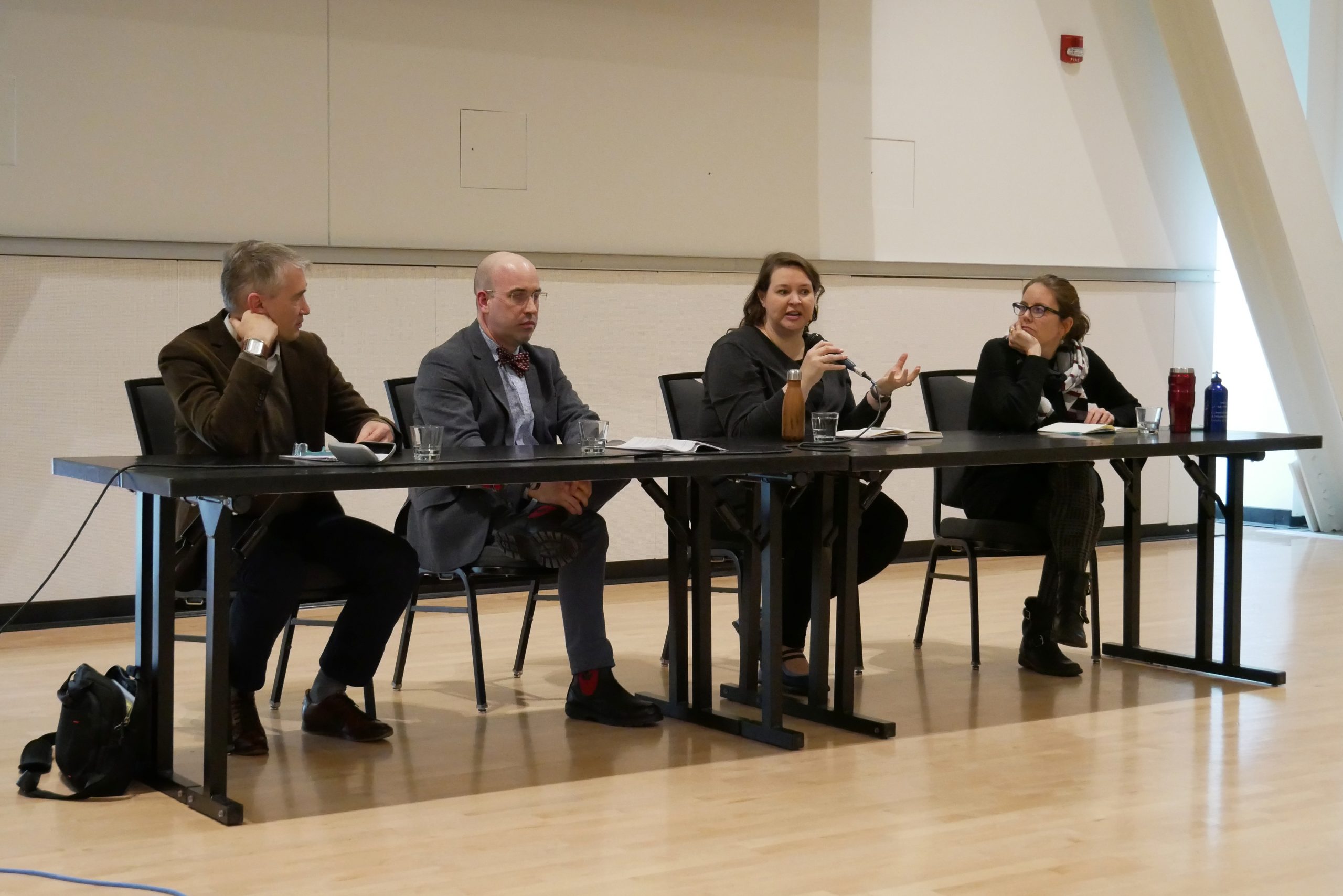 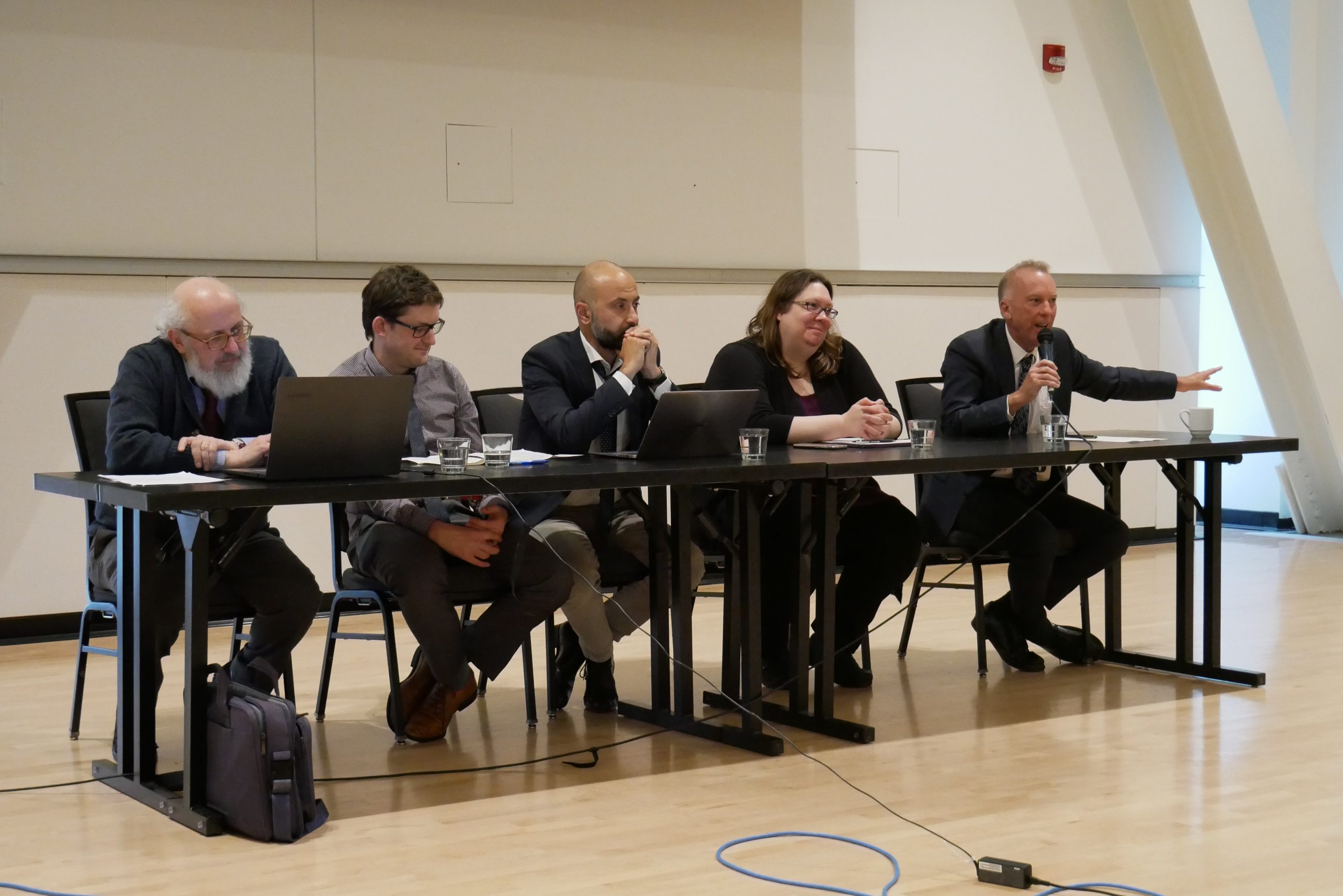 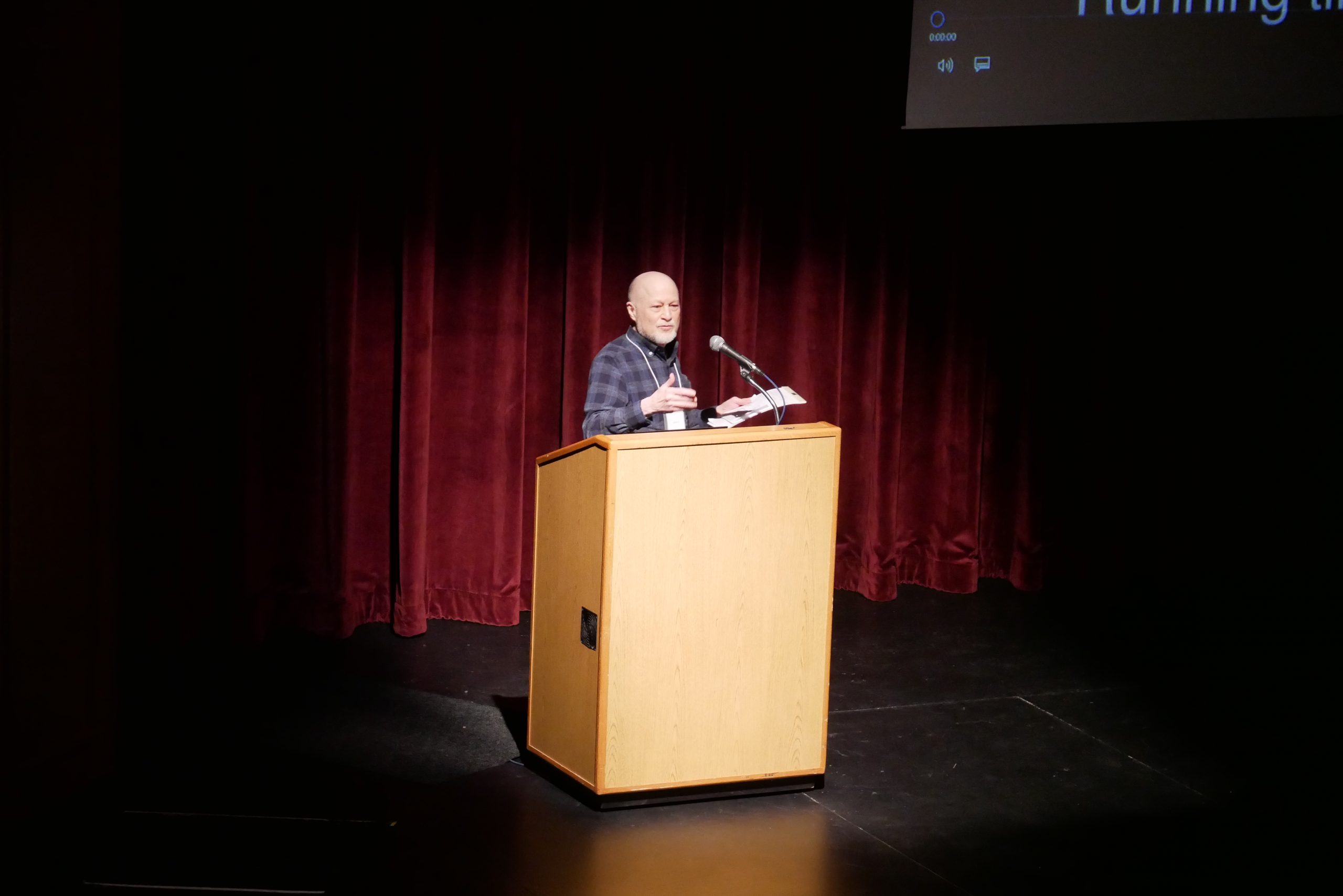 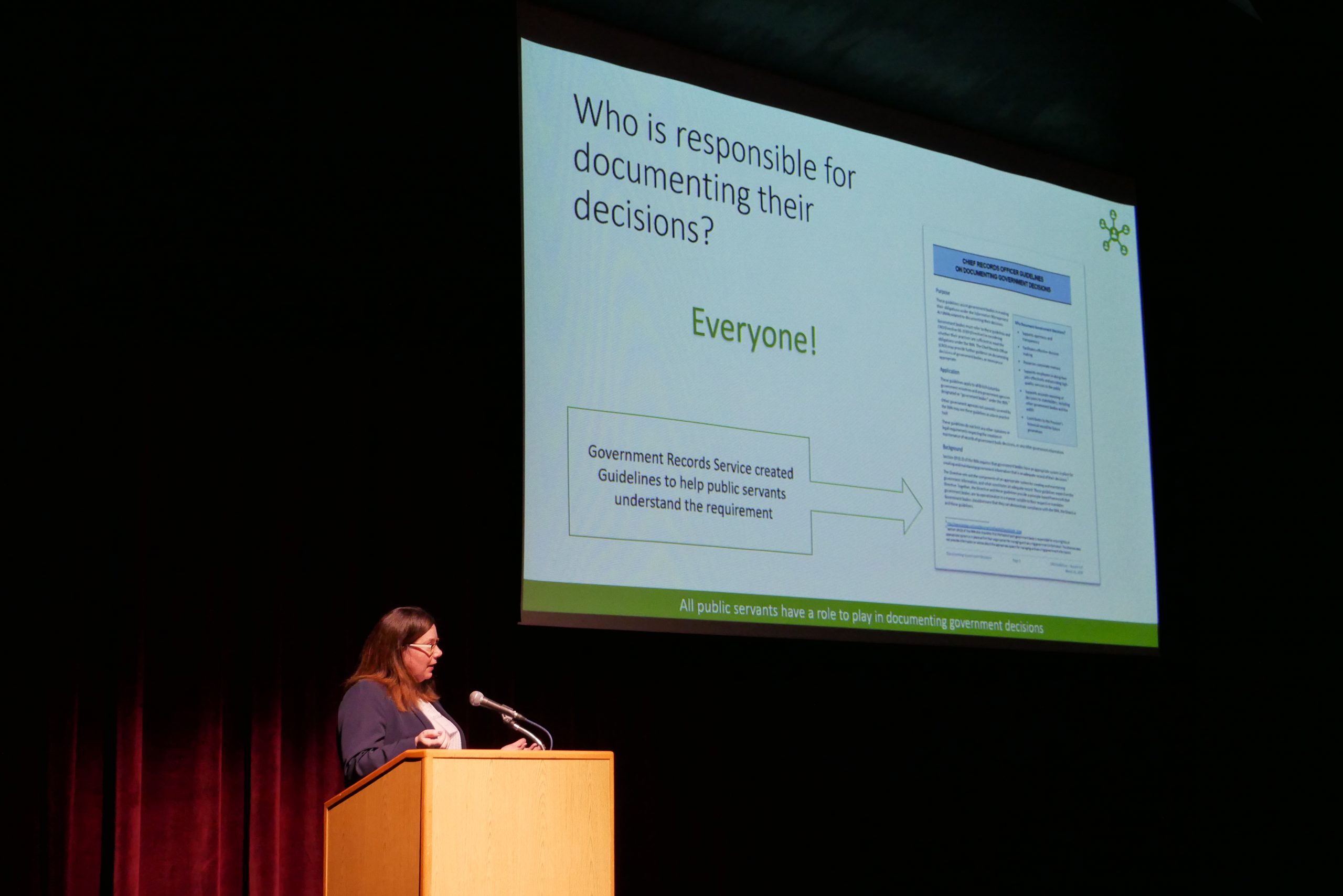 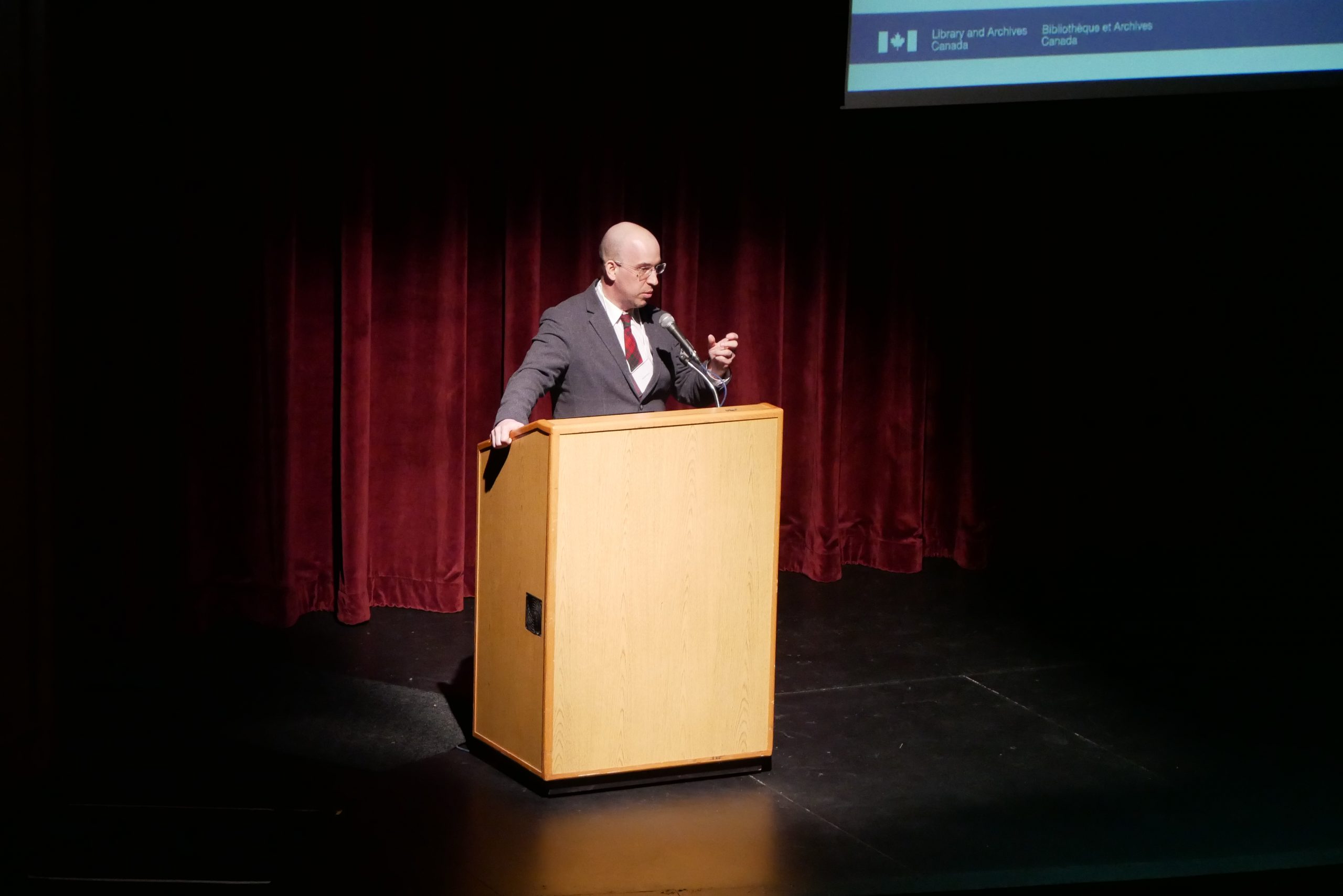 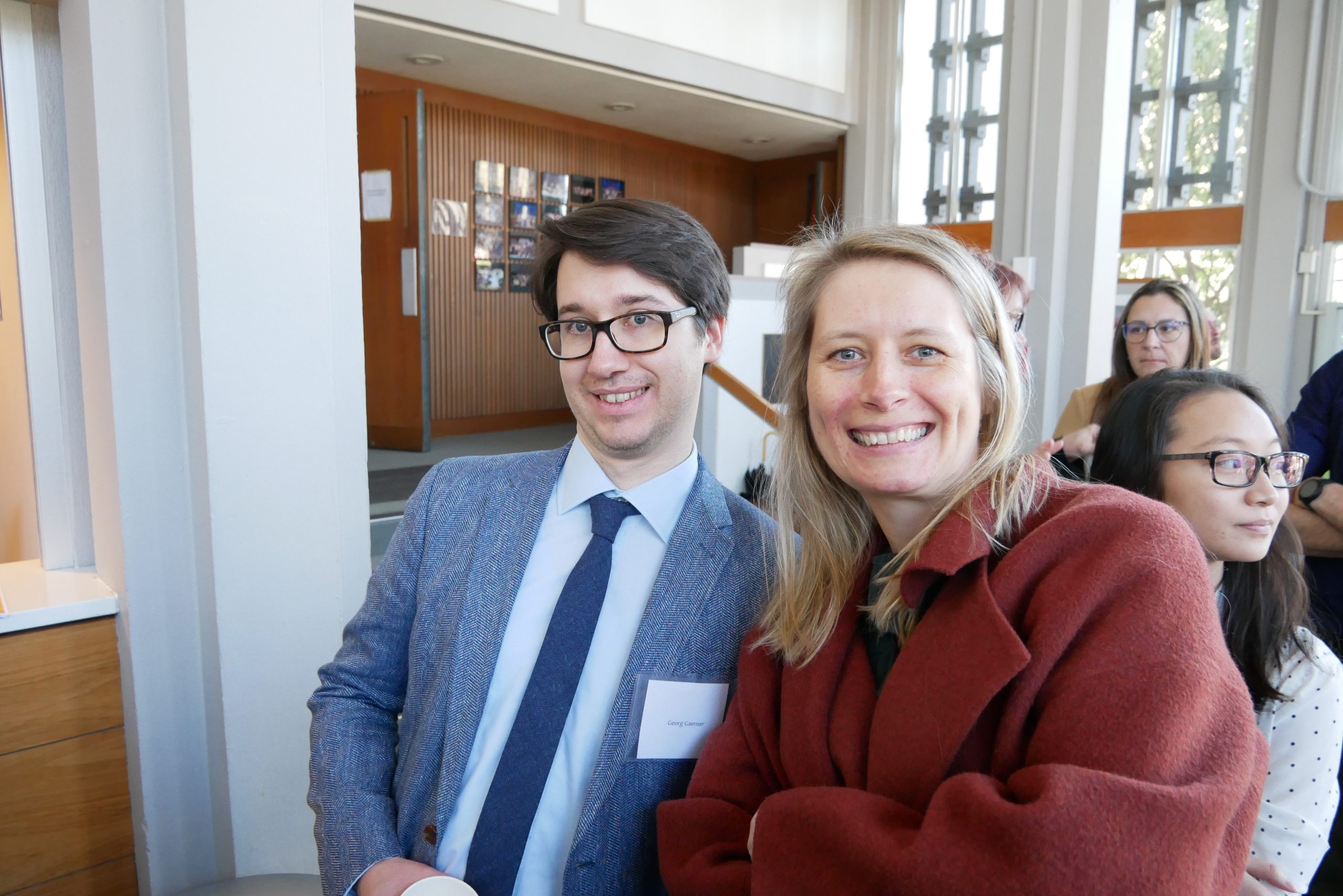 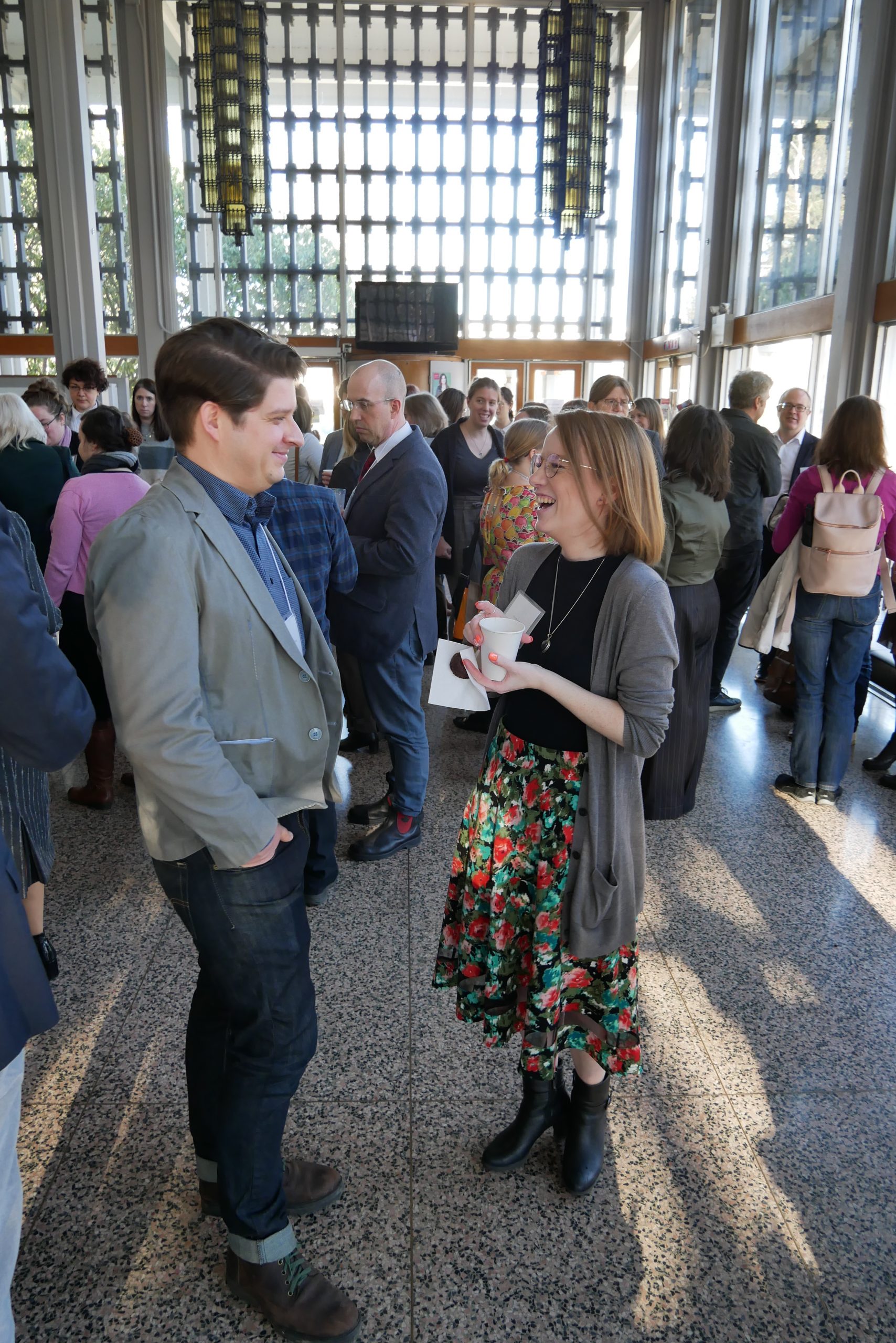 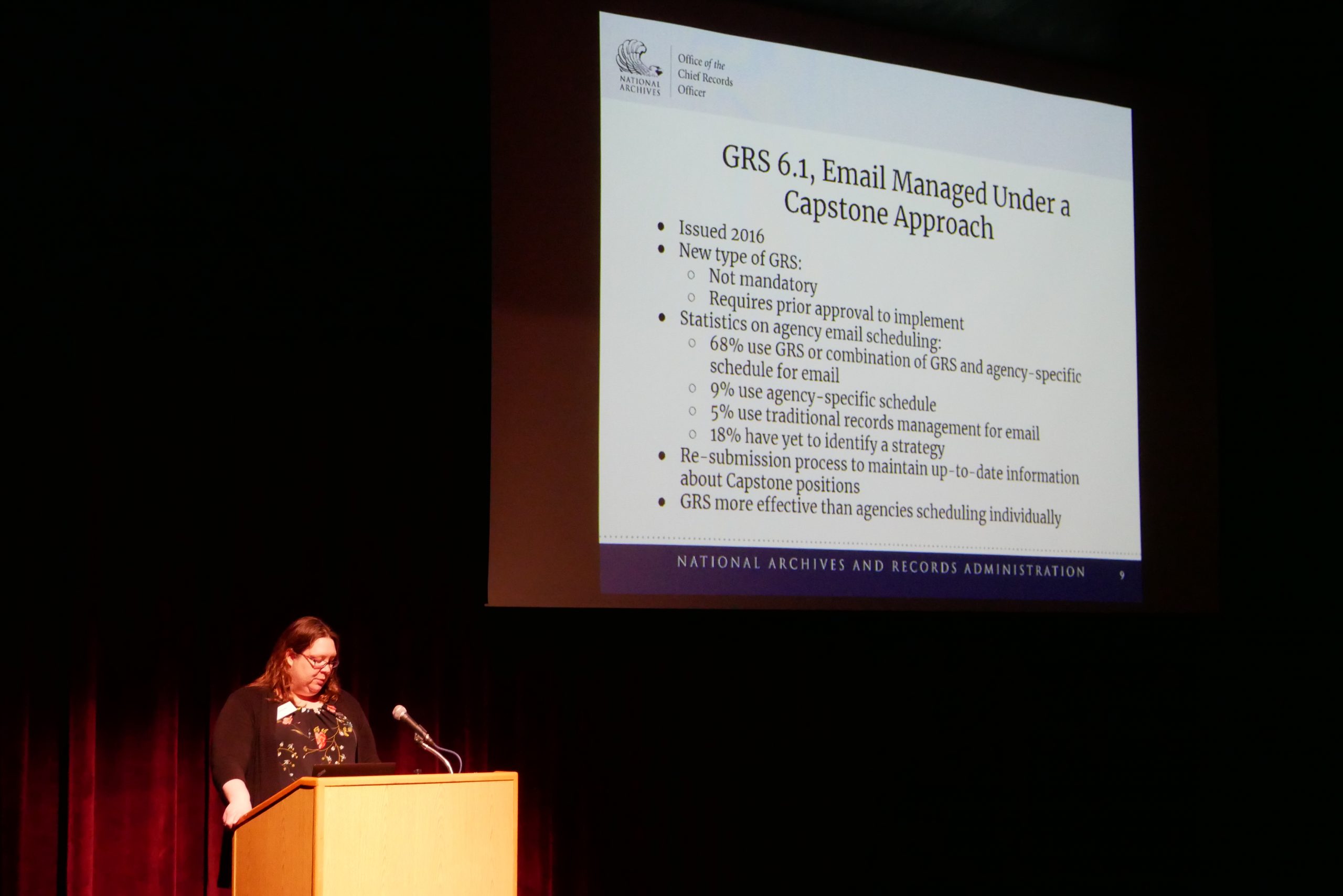 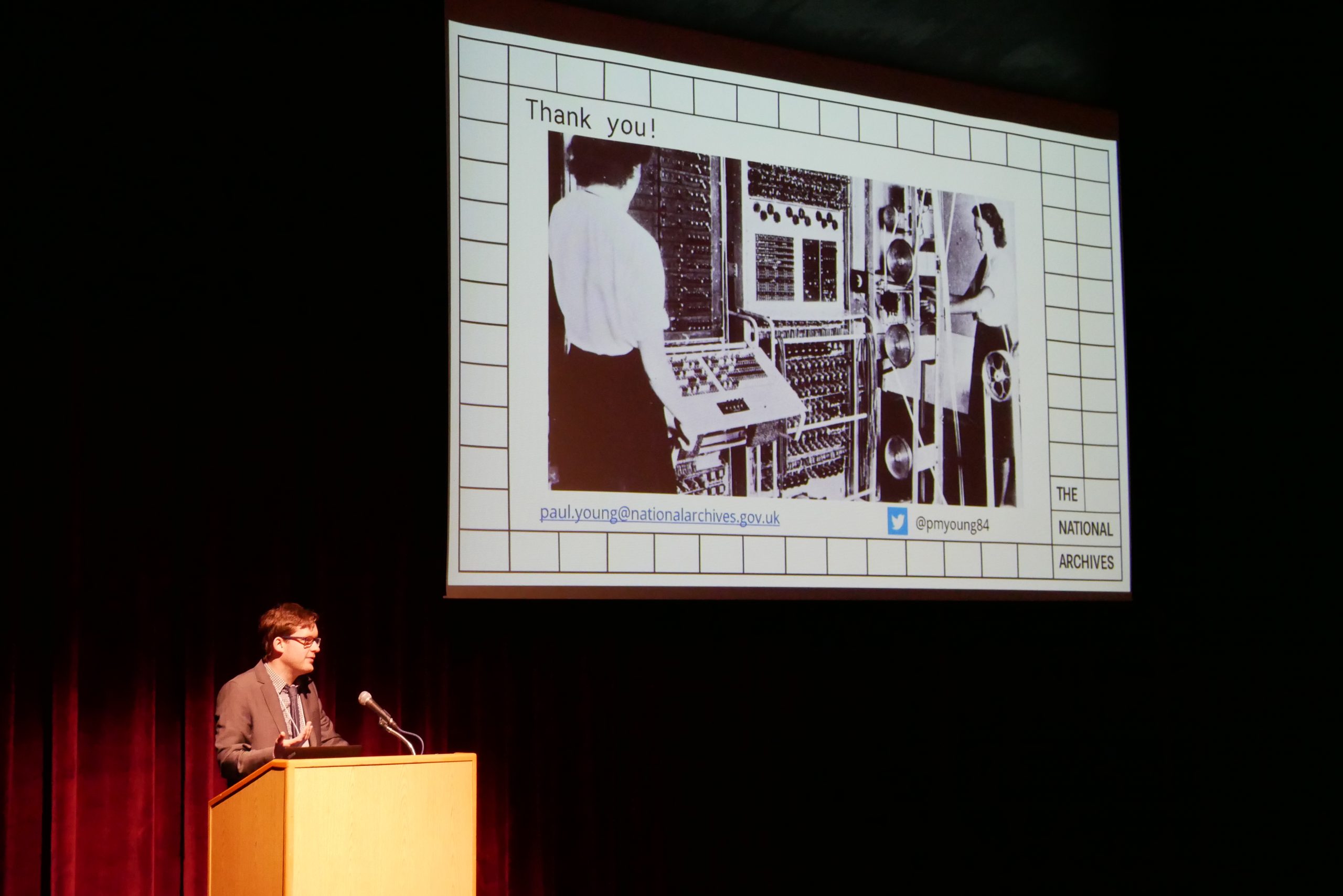 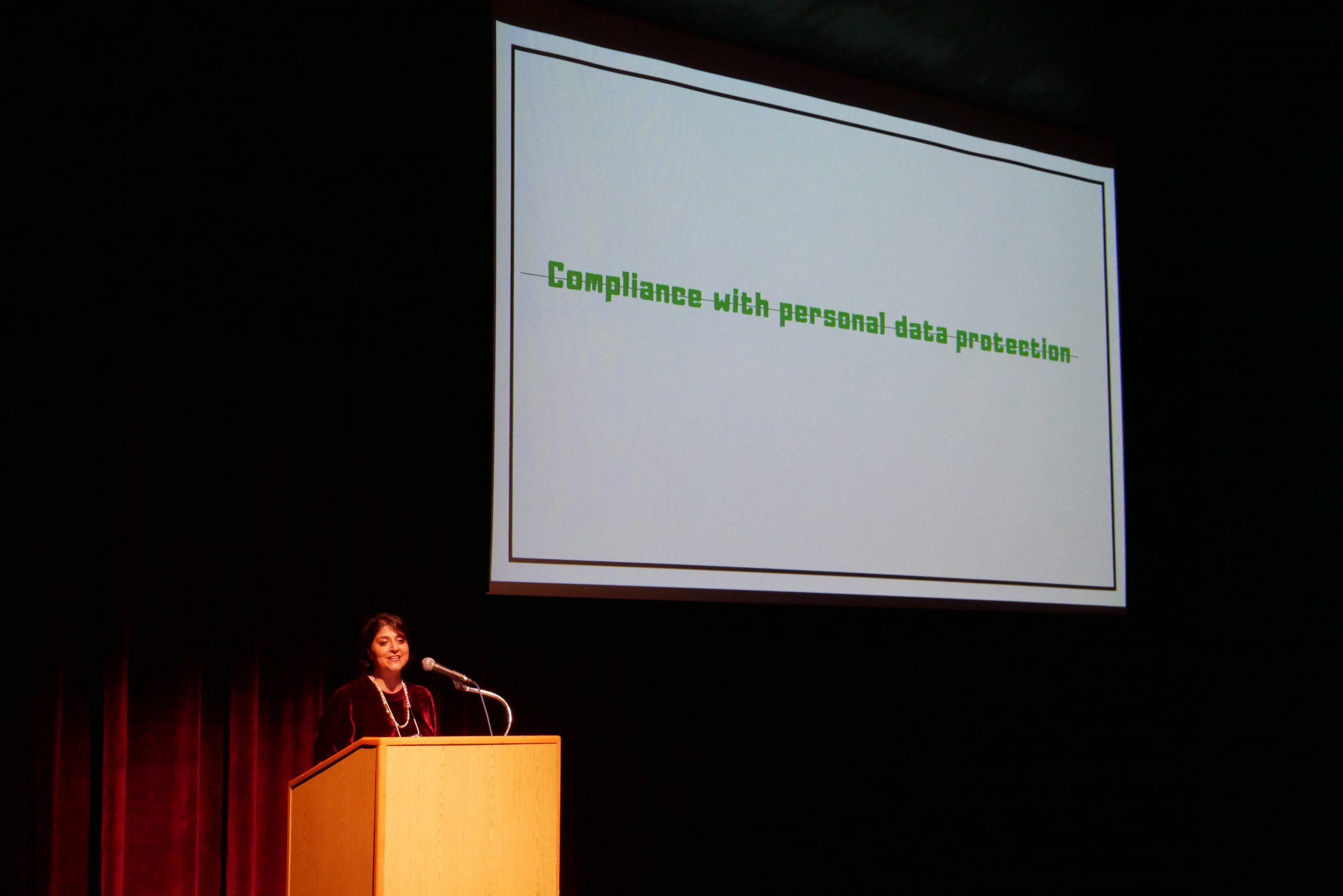 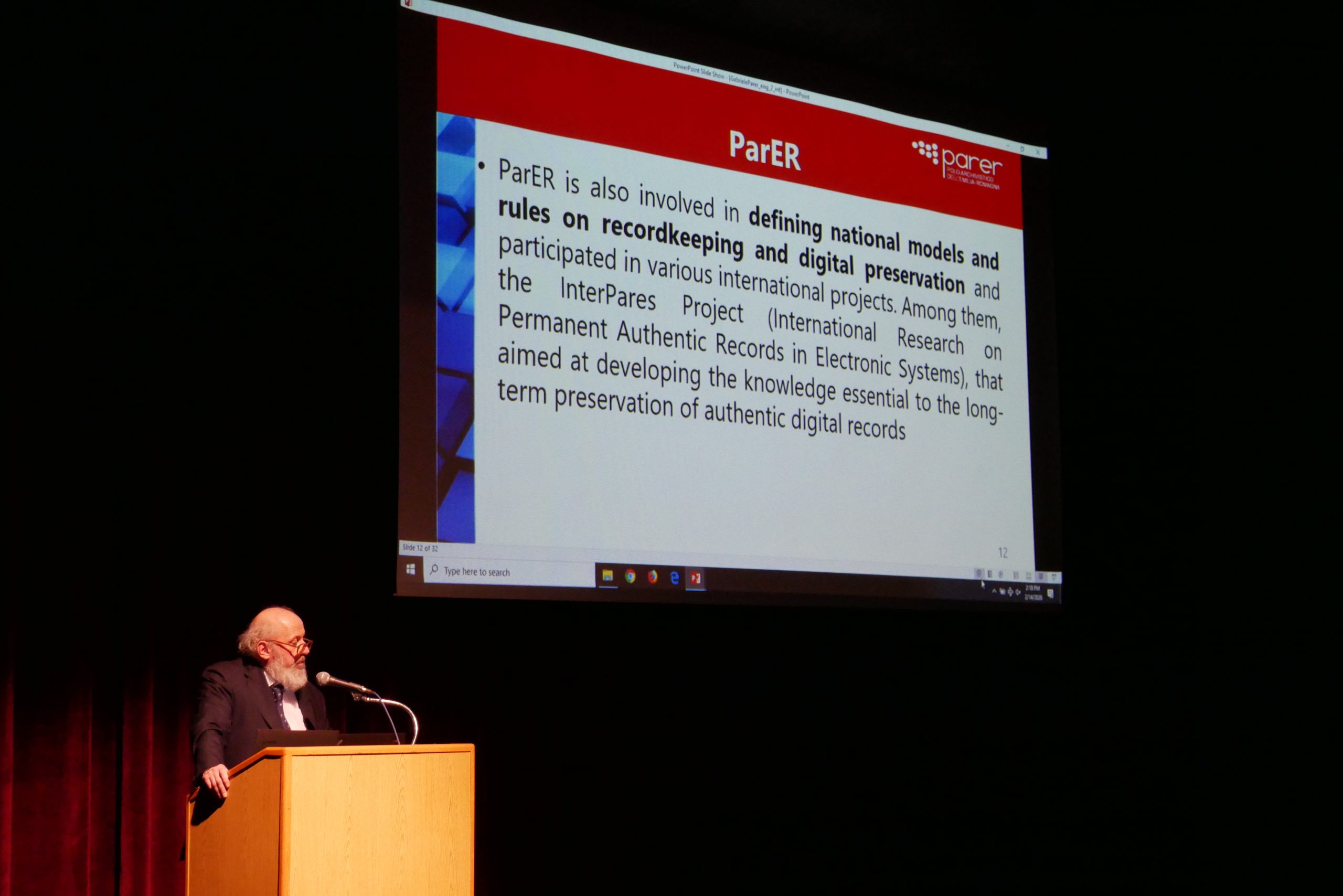 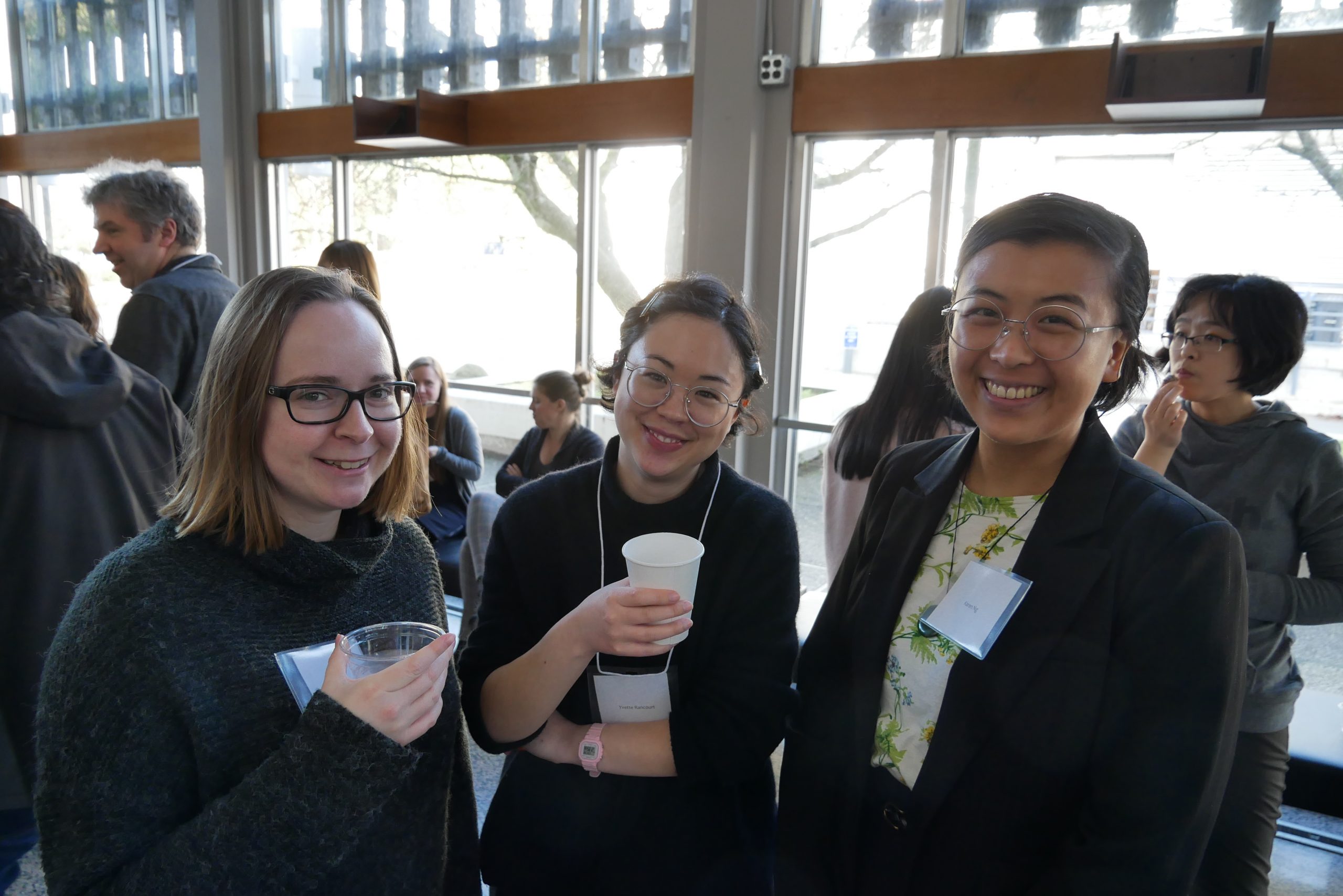 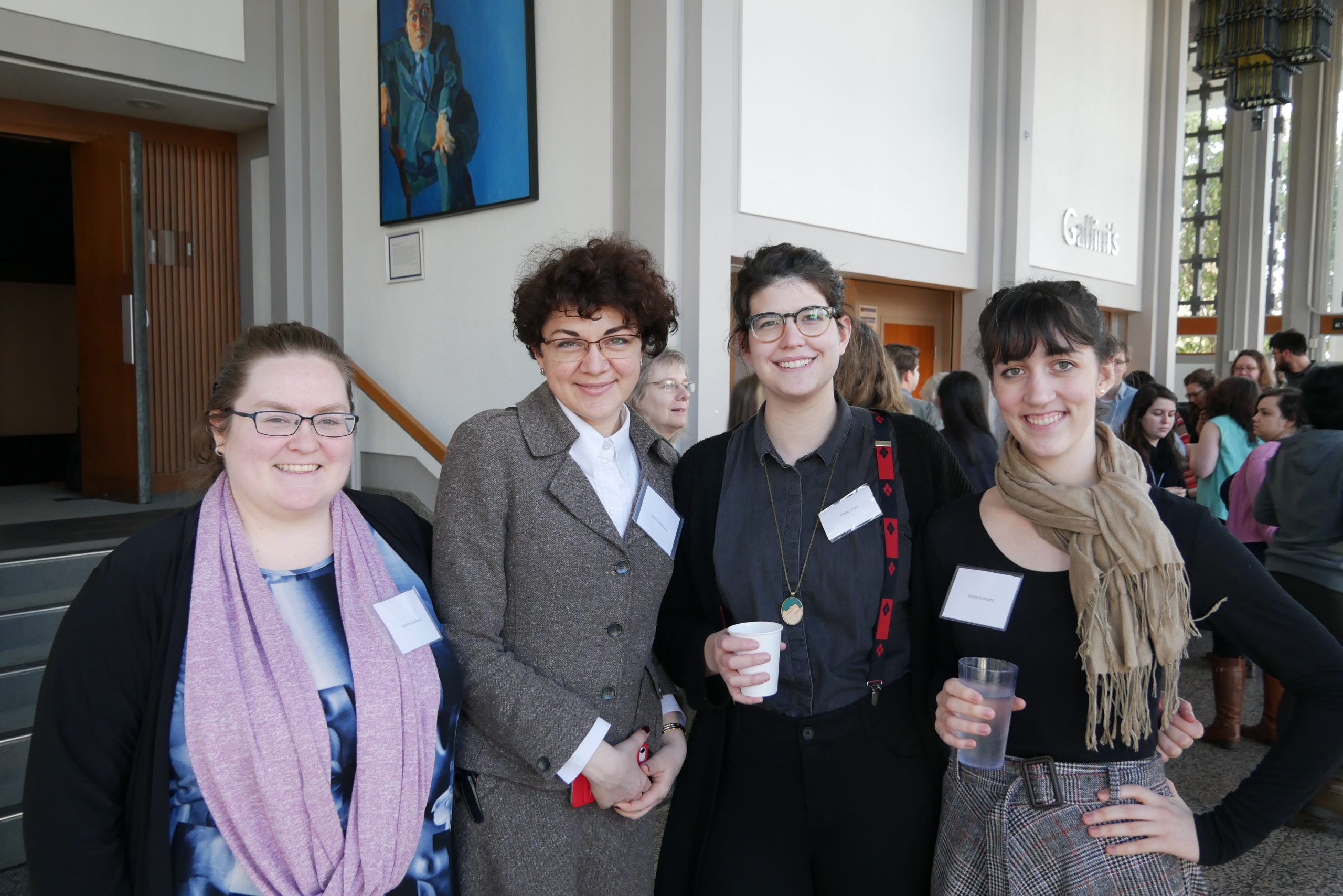 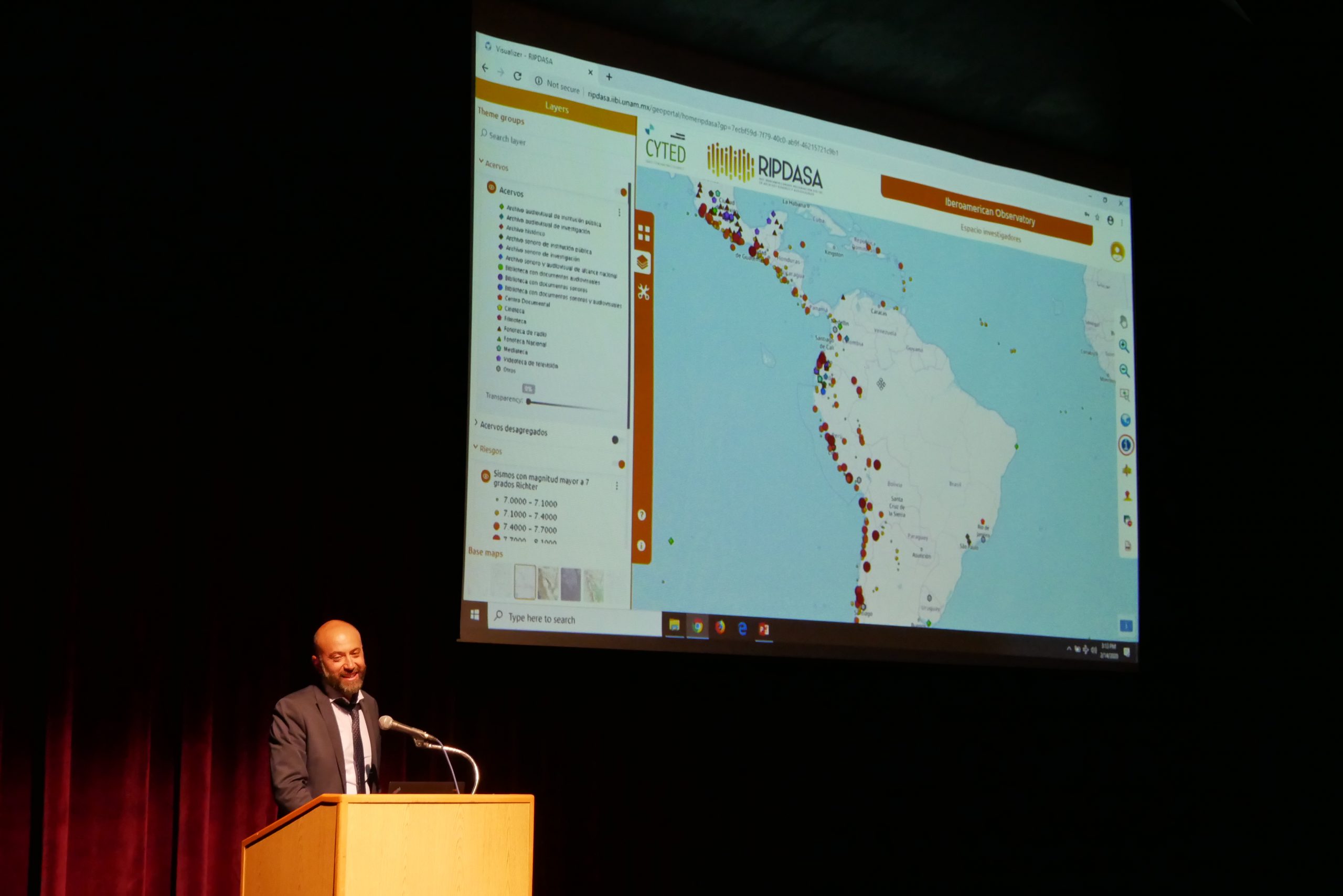 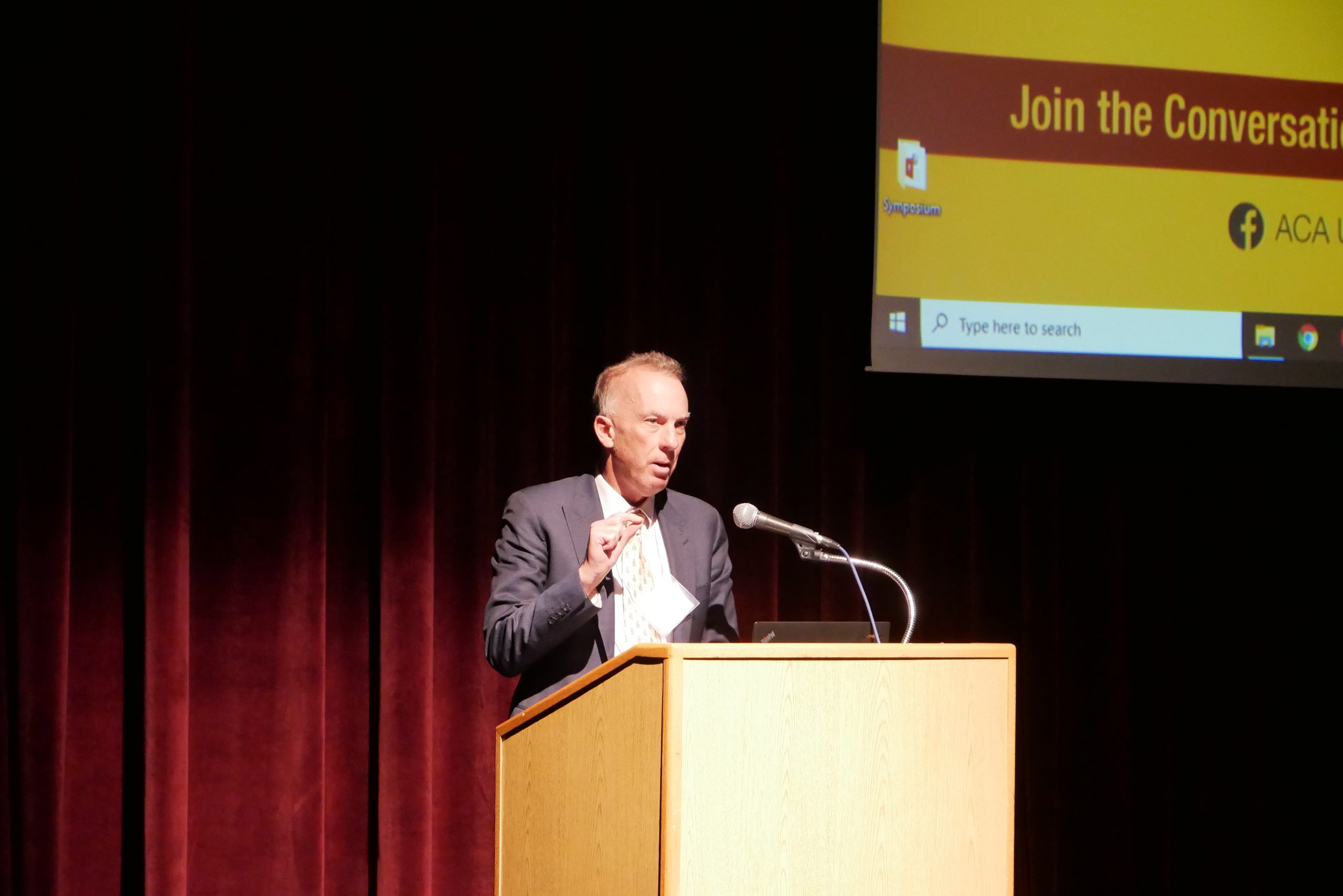 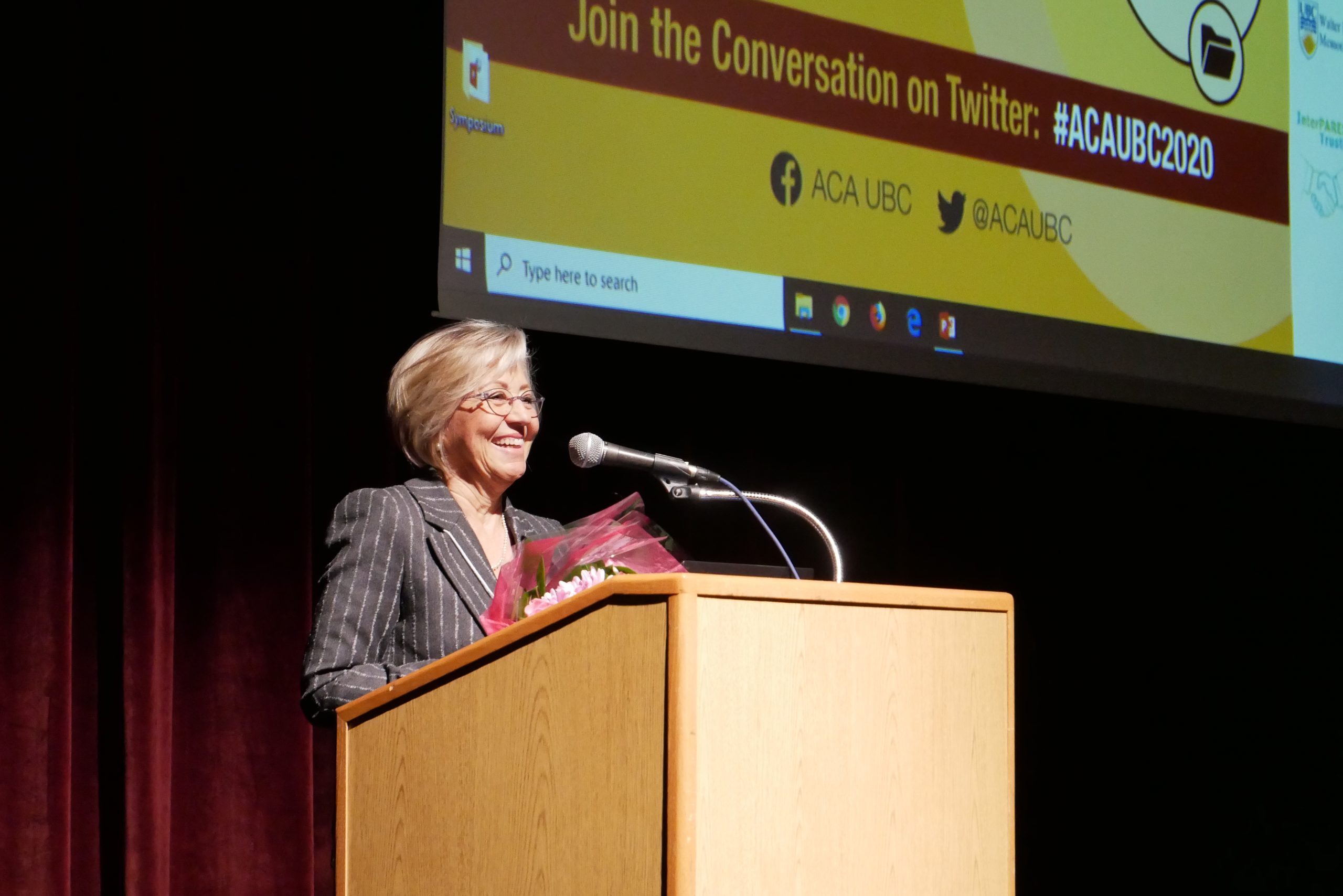 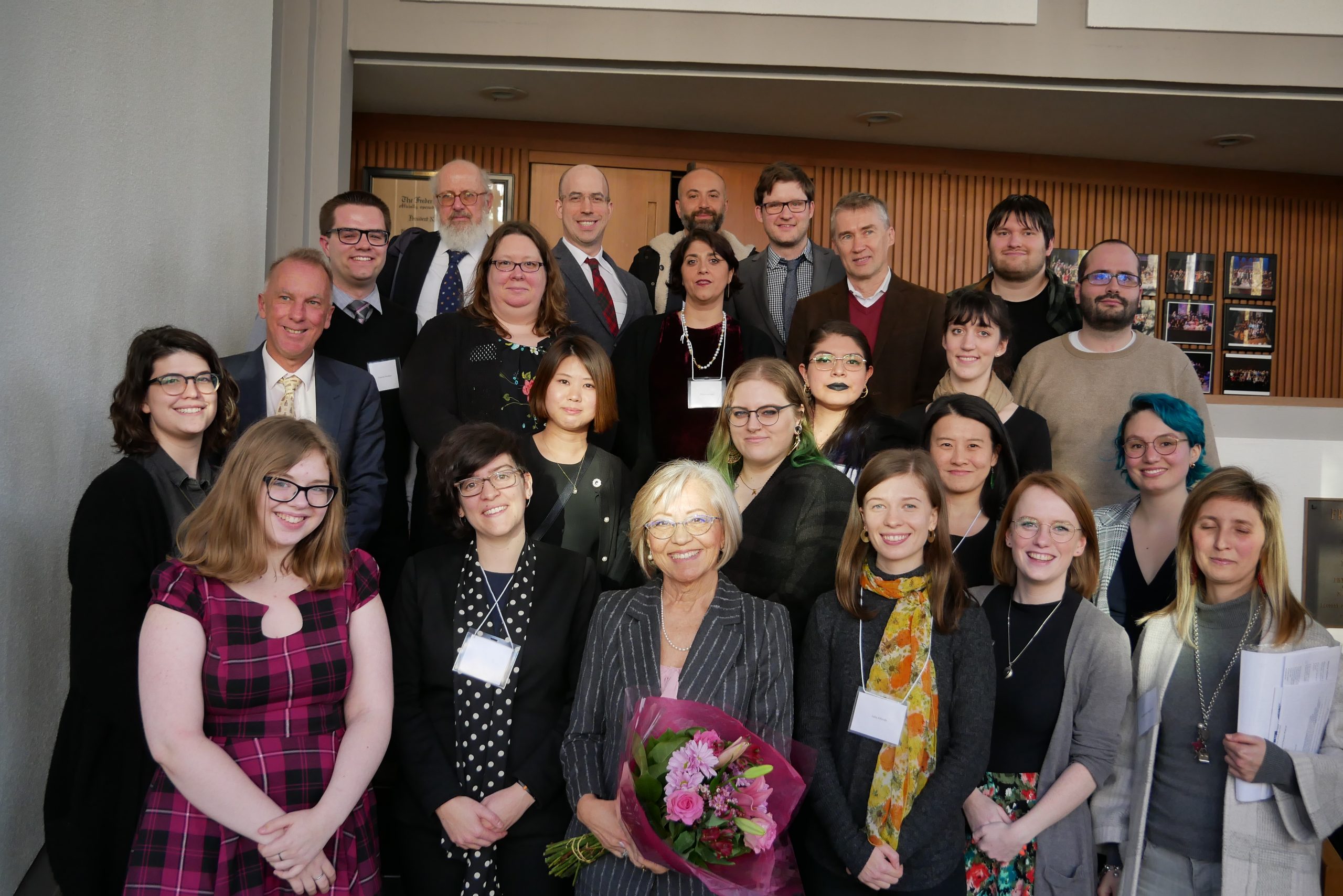 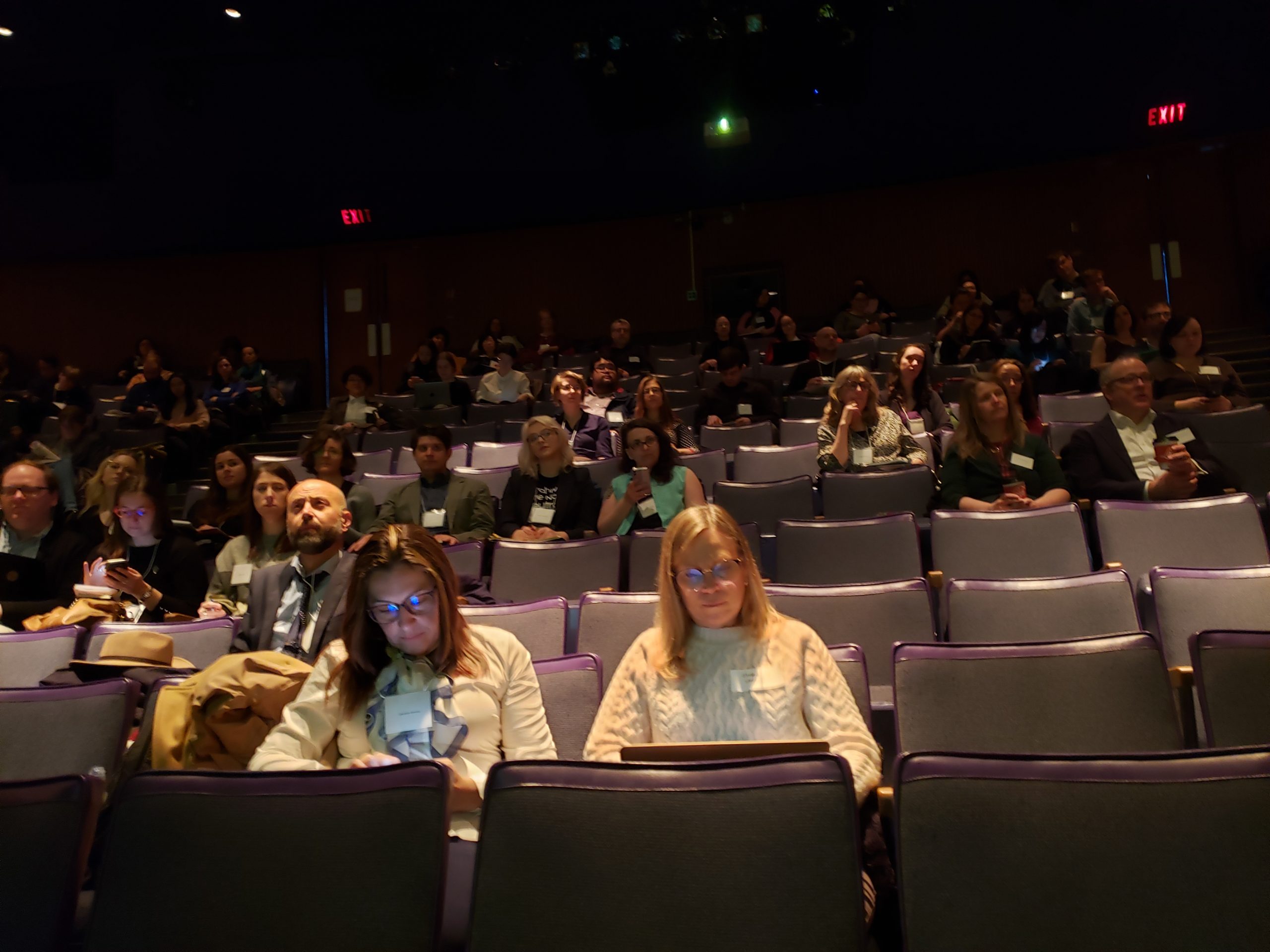 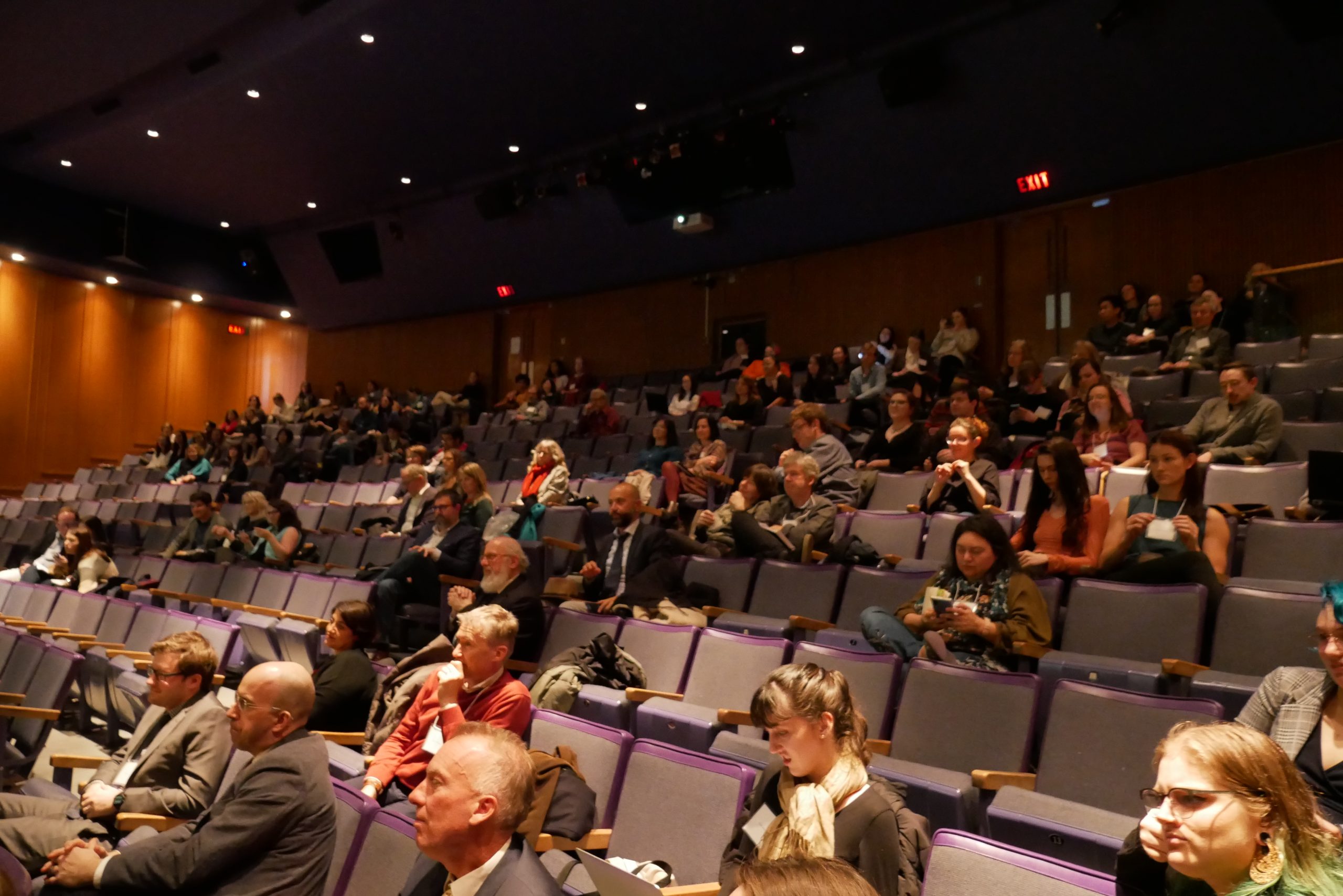 Susan Laidlaw is the current Executive Director of the British Columbia Government Records Service. In this role, Susan is proud to lead a group of 65 talented archivists and records professionals.  She and her team are responsible for records management policy, operations and systems across the government of BC. A SLAIS Alumna, Susan graduated with an MLIS from UBC in 2003, and has an MBA from the University of Victoria. Last year she led the introduction of a legislated Duty to Document in BC and she is delighted to be here to share that experience with you.

Gabriele Bezzi graduated in Modern History at the University of Bologna in 1980 and in Archives, Paleography and Diplomatics in 1982 at the State Archives of Bologna. He is Senior Archivist at the Archival Digital Centre of Emilia-Romagna (Polo Archivistico dell’Emilia-Romagna ParER) and has been working on a digital preservation system for the last ten years. Previously, he was Head of Stock and General Protocol at the Province of Bologna from 2000 to 2009. Since the mid-80s, he has been developing computer systems for archival description used during various operations for the reorganization and inventory of the archives of various institutions. More recently, he has been exploring issues related to the management and storage of electronic documents. He was involved in the launch of the journal Archivi & Computer, and in the InterPARES Project, as a professional/community researcher for TEAM Italy in InterPARES 3 and as member of European TEAM in InterPares Trust. He is a member of the UNI/CT 014/SC 11 commission and other working groups for the definition of national rules and standards regarding archives and records management.

Andrew Ross holds a PhD in history from the University of Western Ontario, and was a postdoctoral fellow at the University Guelph before joining Library and Archives Canada, where he is currently a manager in the Government Archives Division.

Andrea Riley has been with the National Archives and Records Administration for over 17 years. She started as an electronic records archivist and later moved to what is now the Office of the Chief Records Officer as a senior records appraiser. She currently is supervisor of the Operations Research and Support Team, which oversees efforts towards modernizing scheduling and appraisal, the General Records Schedules, the Records Control Schedule Repository, and facilitating implementation of ERA 2.0. She is a Certified Public Manager and has a MLIS from the University of Arizona, an MA in Public History from Arizona State University, and a BA in History and Great Plains Studies from the University of Nebraska-Lincoln.

Adrian Cunningham has been doing archival work for almost 40 years in various Australian and international settings. He commenced his career in collecting archives, first at the State Library of New South Wales and later at the National Library of Australia. He also spent a year running the multi-national Pacific Manuscripts Bureau. More recently, he worked at the National Archives of Australia as Director, Recordkeeping Standards and Policy and at Queensland State Archives as Director, Digital Archives and Government Recordkeeping. He now works as a consultant and performs a range of pro bono responsibilities for the International Council on Archives, the Australian Society of Archivists and the ISO Committee on Records Management and Archives, TC46/SC11. He is a Fellow of the Australian Society of Archivists, a recipient of the Emmitt Leahy Award for Records Management and was recently inducted as a Fellow of the International Council on Archives.

Dieter Schlenker is the Director of the Historical Archives of the European Union since January 2013. Before, he worked for UNESCO, first as archivist at the Paris Headquarters, then as head of the Information and Knowledge Management Unit in Bangkok, Thailand. Previously, he worked as Records Manager at Ford Company European Headquarters in Cologne and at FAO Headquarters in Rome. Describing himself as “an archivist by profession and heart”, Schlenker holds an Archivist Diploma from the Archival School of the Vatican Secret Archive and a PhD in Modern History from the University of Heidelberg, Germany.

Paul Young is a Digital Preservation Specialist at The National Archives (TNA) in the UK. Previous to this he spent 6 years working with county records at Surrey History Centre while also studying for his masters in archival administration from Aberystwyth University. He spent just under 3 years working for the Endangered Archives programme at The British Library assisting with providing access to the projects digitised images. Since moving to TNA just under 5 years ago he was worked in the Digital Archiving department at TNA. In his current role he investigates issues which can affect the transfer and preservation of digital material. He has previously worked directly with departments to prepare born-digital material for transfer. He also contributes research to PRONOM TNA’s file format registry.

After spending 15 years working as a graphic designer, copywriter and marketing communications consultant, Darrell Evans opted in the mid-1980s to work exclusively on environmental, civil liberties and ’information rights’ issues.

Darrell spent 22 years of his professional life leading the BC Freedom of Information and Privacy Association (FIPA), a non-profit society dedicated to empowering citizens by increasing their access to vital information and their control over their personal information.

In 1990, Darrell started a movement to get a freedom of information and protection of privacy act passed in British Columbia. This campaign, fuelled by the work of many other outstanding volunteers, led to the creation and incorporation of FIPA in January 1991. Evans was FIPA’s first president and then assumed the position of Executive Director, a position he occupied until Dec. 2010.

FIPA’s primary objective – the enactment of BC’s Freedom of Information and Protection of Privacy Act (“FOIPP act”) – was accomplished in 1992 – a remarkably short time for such a major legislative initiative.

While working as FIPA’s Executive Director in 1993, Darrell was asked to advise and work with a similar group of FOI enthusiasts in Alberta on a volunteer basis. The resulting movement led to the passage in 1994 of an Alberta FOIPP act closely modelled on the BC act.

FIPA went on to play a major role in the development and reform of other legislation, notably the federal Personal Information Protection and Electronic Documents Act (PIPEDA) and BC’s Personal Information Protection Act (PIPA). The group is also well known for its work of public legal education and assistance, legal advocacy, and legal and policy research. All these programs contribute to its objective of ongoing law reform.

Since 2012, Darrell has been occupied with launching the Canadian Institute for Information and Privacy Studies. It’s still a work in progress.

Prisca Giordani is the Section Chief for Information Governance and Preservation at the International Monetary Fund (IMF) in Washington DC since 2019. Prior to that she was the Document Management Officer of the Anti-Fraude Office of the European Union (OLAF) in Brussels. Prisca worked as records management and archivists in many international organizations, such as the International Fund for Agricultural Development (IFAD) Headquarters in Rome, the Historical Archives of the European Union (HAEU) in Florence, and the European Centre for Development of Vocation Training (CEDEFOP) in Thessaloniki.

A SLAIS Alumna, Prisca graduated with a MAS from UBC in 2001, and has also a Master in archival Science from the University of Rome, Italy where she previously studied Modern and Contemporary History. Since her studies in UBC she has participated to all Interpares projects as well as to other European based project on records management and she contributes to a number of Journals in the field.